The Plasma Pen offers a revolutionary method of skin tightening and wrinkle treatment. The removal of pigment spots, birthmarks and fibromas is also possible quickly and easily with the Plasma Pen. Unlike surgery, the Plasma Pen treatment is very low side effect.

The Plasma Pen provides an ionized gas consisting of electrons and ions. By removing the electrons from the electron shell of the atoms, this gas is formed. The device does not touch the skin, but remains approx. 1mm escape. At this distance, a flash of light automatically occurs and unfolds its effect on the place to be treated. 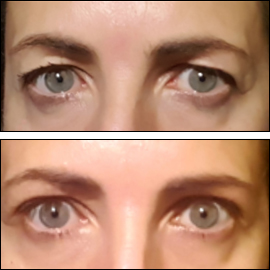 The microdegrading of the skin surface creates new skin with a new elasticity. This treatment also stimulates the production of new collagen, the onset of regeneration processes in addition to skin tightening. The skin surface shrinks, so the wrinkles smooth. At the same time, the fibroblasts of the skin are stimulated to form more collagen. The resulting superficial scab drops off after a few days.

Information about treatment with the Plasma Pen